Not to you guys, but to my Charlie cat. 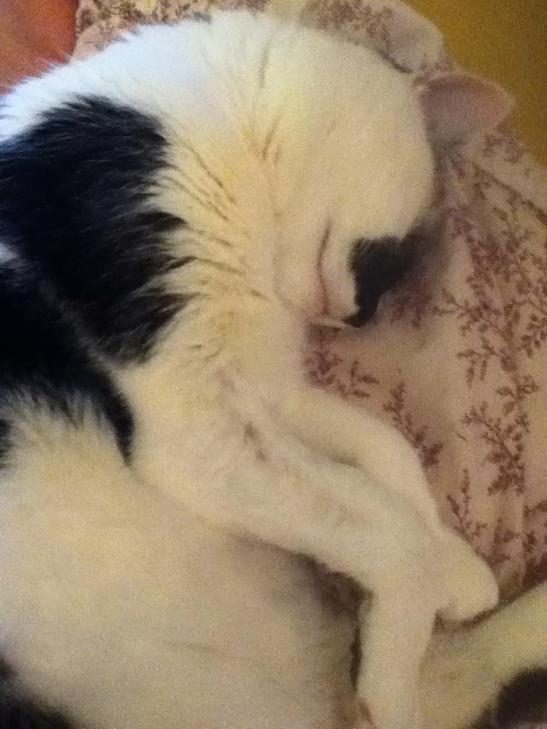 Most of y’all know he’s been sick.  The last diagnosis was that it was either IBD or lymphoma, and the first least intrusive treatment for either was to put him on steroids.

This morning, though, it seemed to me that he was breathing oddly.  I held off on his morning dose in case it was a side effect and called the vet, who said to bring him in right away.

They looked him over, said he was breathing hard, and had me leave him for chest x-rays.  I headed to work, assuming it would take a few hours. 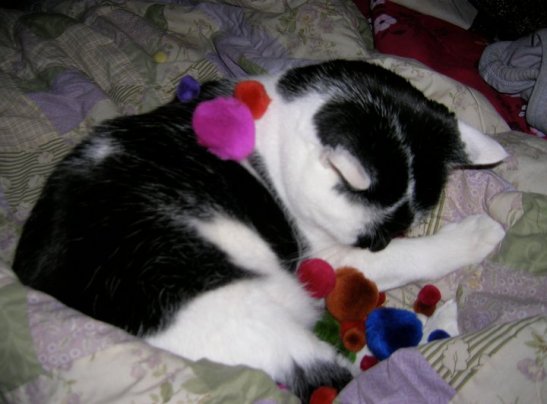 2 blocks from work, they called me.  The x-rays were bad.  He did have lymphoma, and the lymph nodes near his lungs had burst, collapsing both lungs so that he could barely breathe.  There was just nothing we could do.

I drove back as fast as I could to hold him so he wouldn’t be too scared, and to have a chance to say goodbye.  I called my mom on the way to tell her, and she was able to meet me at the vet’s and say her own goodbyes to her grandkitty.

The vet gave us a long time to sit with him and make him as comfortable as possible.  Charlie’s a perky little guy, so he spent some of our together time wandering the room instead of lying down with me.  I took two last photos of him while he ambled about, and then we settled in for a snuggle. 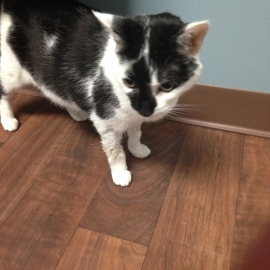 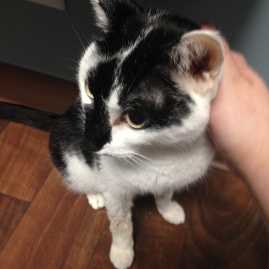 The vest and her assistant gave him a sedative while I petted and talked to him, and we went back to the couch to hold him while he got sleepy.  By the time the vet came back, he was oozing off the couch, totally asleep, and she did what had to be done while I stroked him and talked to him and promised him he wouldn’t hurt anymore.  I’m so glad Mom was there; after his little heart stopped the vet asked if she should take him away or if I needed more time, and I knew he was gone, but I couldn’t get the words out.  I kissed him one last time and Mom gave her the nod, and then came home with me for as long as she could.

I haven’t taken the empty carrier out of the car yet.  I can’t look at it yet.  I actually don’t remember carrying it back to the car at all.

Mooch is confused, and I don’t know how to be home without Charlie after almost 12 years with him, and everything is awful right now.  I’m trying to remember the good things: it was fast at the end.  He didn’t suffer long.  I didn’t have to balance what I could afford against his life.  We had a long, long time together, and I love him so much.  I don’t want to leave this with pictures of him sick, so here’s a few old photos. 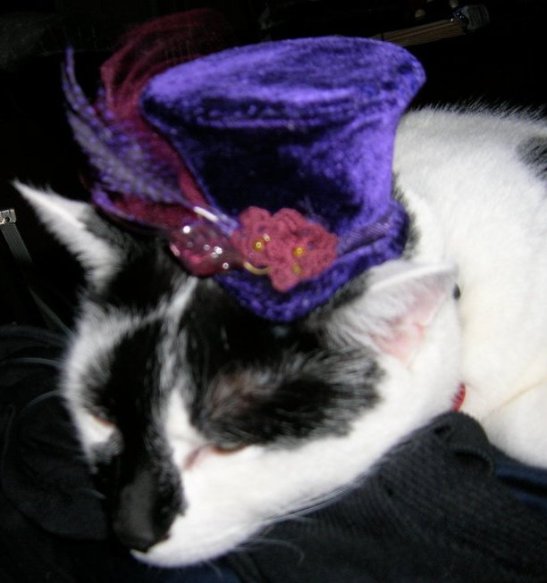 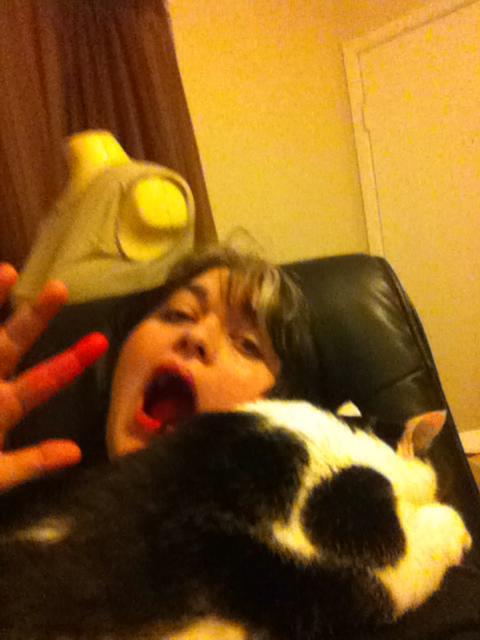