Which is about to be the Jewish year, in case you’re confused.  And in honour of Rosh Hashanah traditions, here’s something round and sweet: 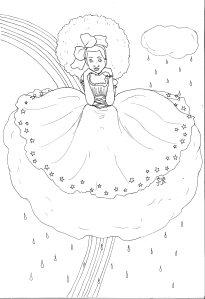 Did I miss something?  I think that’s everything.

Things that kind of sucked but also have a little bit of a bright side, I guess?:

What’s making me happy this week:

This entry was posted on October 2, 2016 by naralesser and tagged arting around, linkstravaganza, weekly thingy.