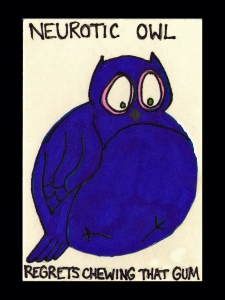 I say this as someone who loves Willy Wonka (both movies in different ways, but the book first and foremost) and Roald Dahl in general — you should not let your children go to that factory.  That shit is creepy, yo.  They are totally going to end up dead or in a secret underground dungeon being tortured by Oompa-Loompas.  And to those who absolutely hate the Burton movie, may I just point out that HE USED DAHL’S LYRICS FOR THE OOMPA_LOOMPA SONGS.  I love Gene Wilder with a deep and abiding love and he will always be the real Willy Wonka and also my imaginary uncle, but the Oompa-Loompa songs in the original movie give me a sad because Dahl wrote such wonderful lyrics into the book and they completely ignored them and wrote terrible songs instead.

Also, has anyone else read ‘Charlie and the Great Glass Elevator’?  That book contains horrors that make ‘Charlie and the Chocolate Factory’ look like ‘Tales of a Fluffy Bunny’.  Seriously, I had SUCH NIGHTMARES.  I realize that’s not saying a lot, given that I can have nightmares at the drop of a hat, but eeeeeeeeeeee save me!