And then I bought another doll.

I’ve been eyeing these Ever After High dolls for a while — some of them have really cool designs — but I couldn’t justify buying one just to have since I DON’T COLLECT DOLLS ANYMORE.  Then I saw one on sale at Ross, and, well. . .

At some point she will have a Frida Kahlo-style outfit that takes advantage of the headpiece and some of the jewelry, but first, to change nearly everything about her! 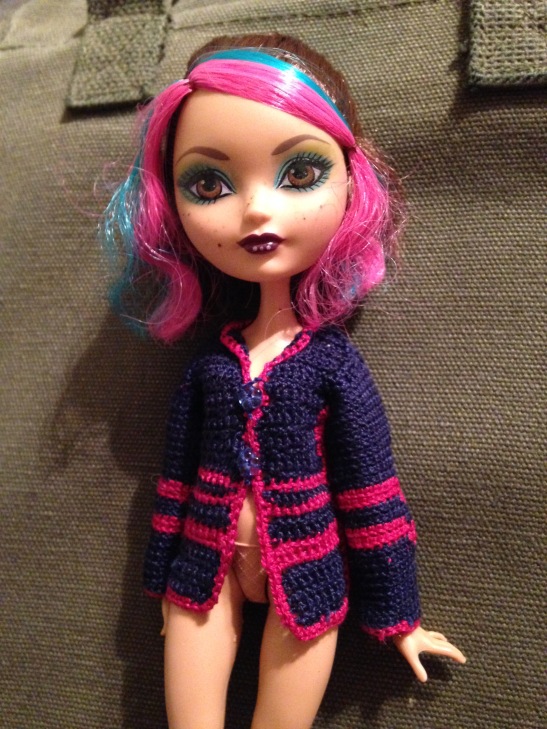 Eyes painted darker brown and glossed, eye makeup added to, lots of freckles and beauty marks, and a haircut.  That last was purely practical — she has that extra fine silky doll hair that turns into a tangled knot of hideousness immediately, but luckily, I like the bob.

Oh, and I crocheted a tiny cardigan.  OF COURSE I did.  Brace yourselves, this isn’t getting saner.

Crocheted some socks.  That’s the good one — the second isn’t quite as nice because I am a dumbass who makes the crocheting up as I go along, even if I know I’m making two of something. 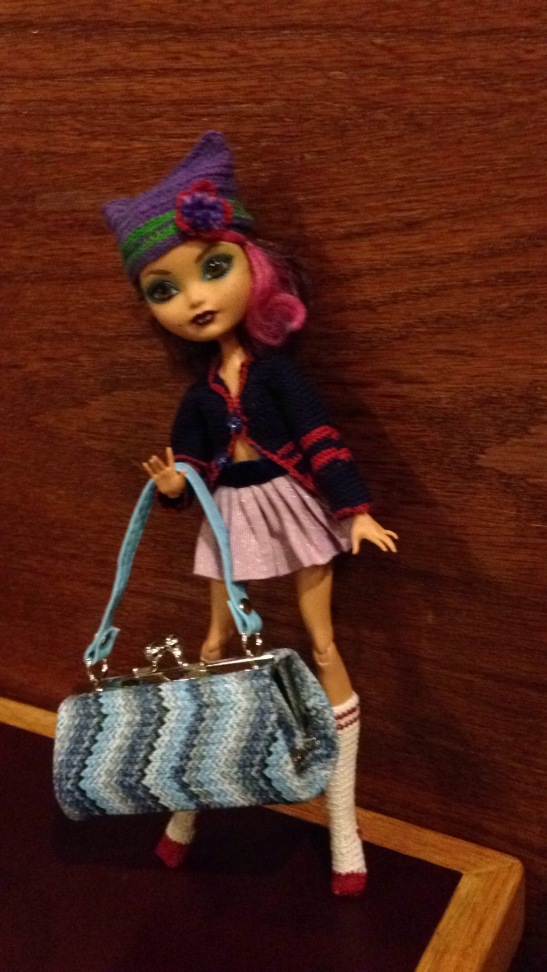 Made a skirt.  Crocheted a hat.  Bought her a yarn tote because by now obviously she’s a crocheting nut. 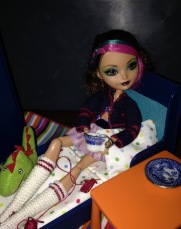 Bought doll furniture at IKEA because how could I not?  Tried to take photos.  Cat shown for scale, either of tiny doll or giant Mooch.

Made a replacement hat, because I am irresponsible and already lost hat #1.  Made some shoeses.  Rejoiced.

This entry was posted on March 22, 2016 by naralesser and tagged dolls, pimpin' my cat.