In case you’re like, “Ooh, what perfect circles, she’s an amazing draftsman!” nope, I cheated, erased my crappy circles, and made these on the computer.

SPEAKING OF THINGS I ERASED IN PHOTOSHOP, want to see what originally happened when I thought, ooh, those circles are so stark, I’ll add decorative swirlies? 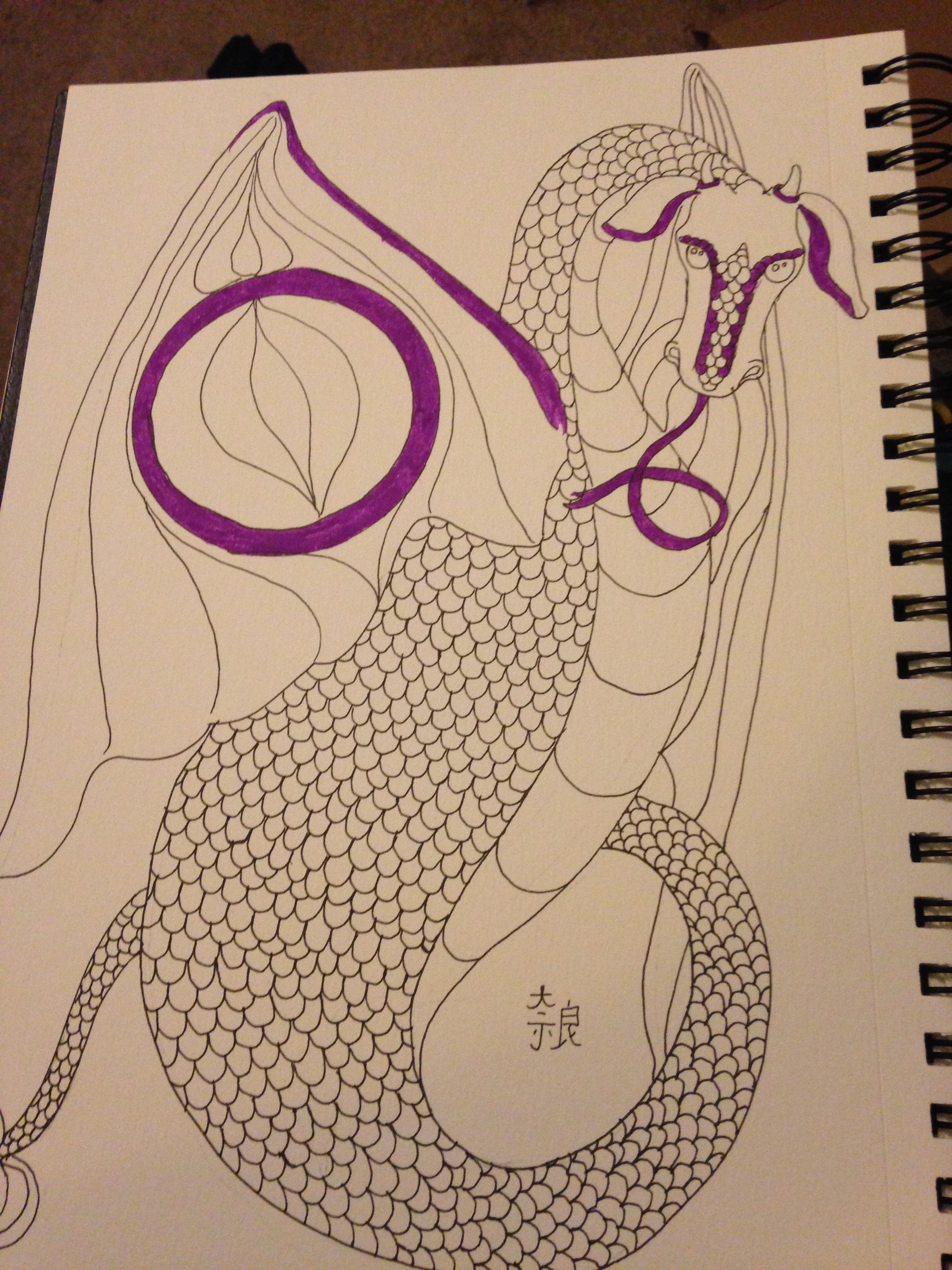 Aaaanyway, it has come to my attention that the lesbian flag I used for this fun salty bitch was designed by a woman with a history of being really terrible in just a bunch of ways.

I’m not taking that design down, because it is the best known option and a lot of women use and identify with it, and it’s not their fault the designer sucks, but I would like to do a second option.  I really can’t find anything else with the same level of consensus, though, except for the labrys flag, which was designed by a gay man and includes a symbol that’s apparently been co-opted by fascists, so no.