In which I succumb to peer pressure.

Of course, I also started this blog because of peer pressure, so this is all your fault, peers.  Anyway, The Bloggess and Filing Jointly have both done Rules for Life now, and I am nothing if not a joiner.  Which means I’m nothing, since I actually avoid joining most things for a really long time.  I just now joined the Twitter, and I’m still refusing to join Pinterest because reasons.

I also refuse to say anyway again, even if my digressions sort of call for it.  Consider these an addendum to the far superior rules everyone else has already come up with; some will probably be repetitive because more reasons. 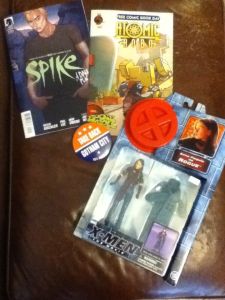 2. If people make you feel dumb for your childlike enthusiasm, stop hanging out with them/feel bad for them because they will never know your pure, unadulterated joy.

3. Eat jam tarts straight out of the oven because the burning napalm mouth-lava is fucking delicious, and only boring people have skin on the roofs of their mouths.

4.  Never consult WebMD.  That’s how you end up deciding you have face cancer instead of a pimple.

5. I’m not saying you shouldn’t want to fall in love and find your forever penguin, because of course you should.  But you should also enjoy your own company enough to be happy without them.  If your entire personality is built around someone else, you’re probably boring.

6. Don’t take romantic advice from me.

7. Find out how you’d look with a chocolate mustache.

9. Spend as much time as possible amusing babies/cats/dogs/chinchillas.  Whatever small fuzzy thing you’re a fan of, really.  (Some babies are totally fuzzy.  It’s called lanugo.)  Pompoms are good for this.

10. Don’t pick on other people’s religions or lack thereof.  It’s stupid and petty and really pretty pointless.  Also, I win, because my people created these: 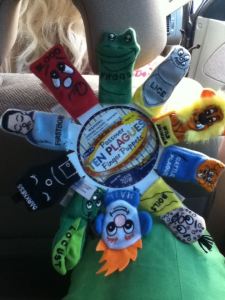 11. Sometimes you’re going to be an asshole.  Try not to, but when you do, apologize and move on.

will always make something fucking delicious.

14. (<-I don’t have a problem with that other number, but I have friends who do.) Embrace your brokenness.  Admit that some of the stuff that’s fucked up in your life is because of you, and that’s okay, because everybody has that stuff.  You’re not the only one who has trouble trusting people, or has panic attacks, or sometimes spends a day crying, or can’t feel anything right now, or can’t stop feeling all the things.  We’re all there with you, even when you feel most alone.

This entry was posted on May 18, 2013 by naralesser and tagged cookery, for the glory of Hufflepuff!, halfway to crazy cat lady, Manifestos again?, NERD!, non-owl, personal stories you didn't want to hear, pimpin' my cat, self-loathing, terrible ideas, this might end really well, this won't end well.